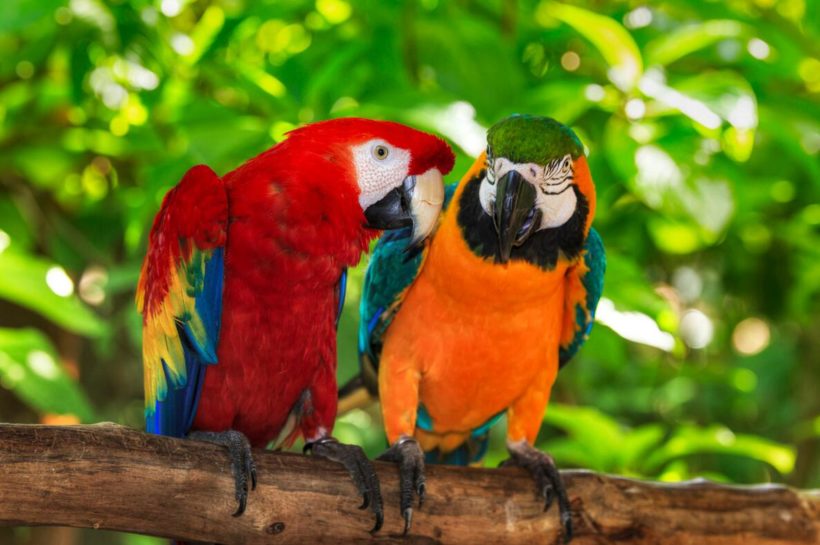 Costa Rica is a republic in Central America between Nicaragua in the north and Panama in the southeast, with a coastline to the Pacific in the west and the Caribbean in the east. The land, which is slightly larger than Finnmark, also includes the island of Isla del Coco in the Pacific Ocean, about 550 kilometers from the coast.

Most of the population is of European origin. Costa Rica is one of the most prosperous and democratic states in Central America. 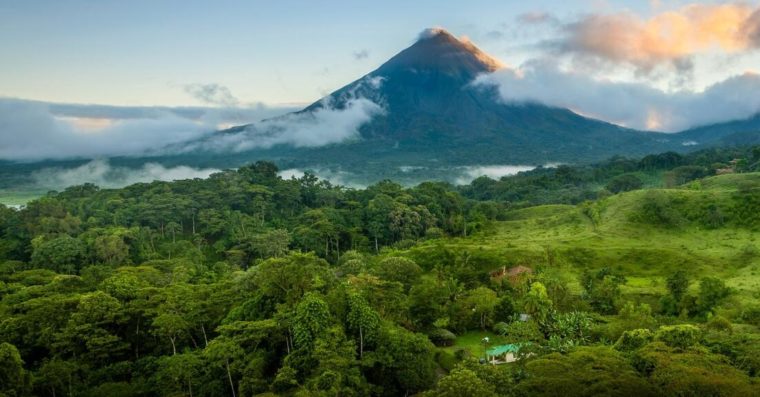 There are marshy plains along the coast of the Caribbean and in the northeast. Along the Pacific coast, the coastal plain is lower and more incised by the sea. The Meseta Central highland, 1000-1500 meters above sea level, is surrounded by two parallel mountain ranges, Cordillera Central and Cordillera de Talamanca. The highest point is Cerro Chirripó, 3819 meters above sea level. In northern and central parts of the country there are several active volcanoes, and volcanic eruptions and earthquakes are common. There are many watercourses, but few are navigable. 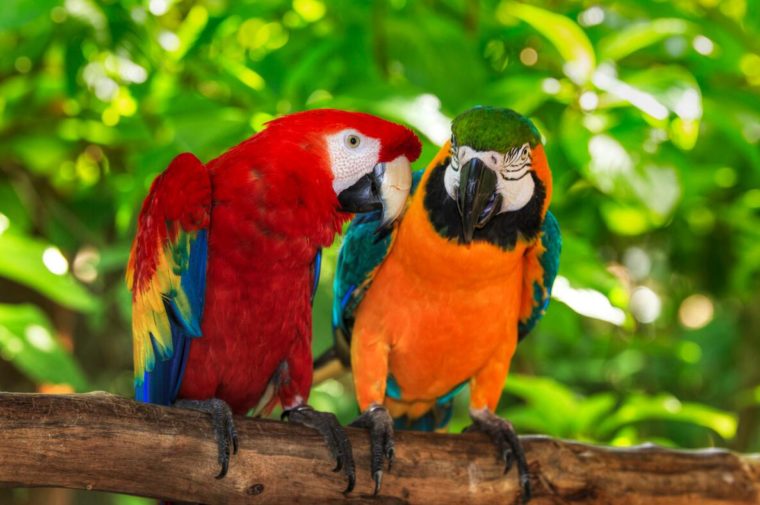 The climate is tropical, in the highlands subtropical. The Caribbean coastal plains are more precipitous than the lowlands of the Pacific. The average temperature is about 27 degrees in the lowlands. In the highlands, there is less rainfall and cooler. In San José 1150 meters above sea level, the average temperature is about 20 degrees. The seasonal variations are small. There are two seasons: rainy season from May to November and drying season from December to April.

In the lowlands of the north there is mangrove forest and tropical rainforest while on the Pacific coast there is more drought-prone vegetation. Over 2,500 meters above sea level there are grasslands. Costa Rica has more than 800 species of ferns and more than 1000 species of orchids.

Wildlife is a mixture of North American and South American species. Northern mammal species include prairie wolves, white-tailed deer and several squirrels. Examples of southern mammals are monkeys, sloths, ant swallows and harnesses. There are about 840 bird species, including hummingbirds and parrots. 200 reptile species and more than 50,000 insect species are registered. In the sea are coral reefs.

Based on article of Countryaah, the population density is highest on Meseta Central, with about half of the country’s population. About 65 per cent of the population lives in urban areas. The largest city is the capital of San José.

83.6 per cent are white and miserable, 6.7 per cent are of mixed ethnicity, 2.4 per cent originate in the indigenous population, most of whom live in sanctuaries, approximately 1.1 per cent are black of African descent and the rest belong to other ethnic groups.

The official language is Spanish. At the Caribbean, a Creole – English language is spoken. Native American languages are spoken in reserves.

The official religion is Roman Catholic and comprises 76.3 percent of the population. 13.7 percent are evangelical Protestants. The rest are parishes to other religions or are without religion.

Costa Rica is a democratic republic. The president has a lot of power, but the decisions must be approved by the legislative assembly, which has 57 members. There are elections every four years.

The country is divided into seven provinces, the provinces in cantons and the cantons in districts.

According to the Constitution, under normal conditions, Costa Rica cannot have a national army.

The northern part of Costa Rica was inhabited by Mayans and the central and southern parts of Chibcha when Kristoffer Columbus, the first European, arrived there during his last voyage in 1502. He reported a lot of gold among the natives. Conquistador Gil González Dávila arrived in 1522. The Spanish interest in the country was small, so it took time before it was colonized. Cartago was founded by the Spaniards as the first capital in 1563. In the 1600s, Costa Rica became the southernmost province of the New Kingdom of the Viceroy. Most of the inhabitants were small farmers and not landowners as in neighboring countries. The lack of an oppressive landowner upper class led Costa Rica on the road to a more egalitarian communities than in neighboring countries. 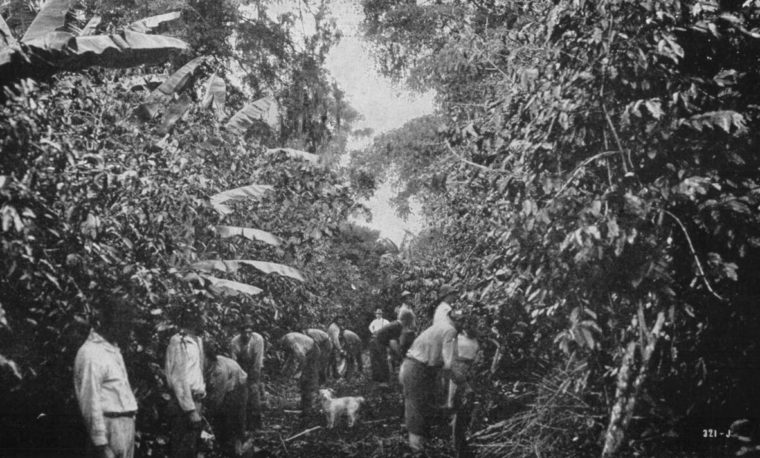 In 1823-1838, Costa Rica was a member of the Central American Federation. In 1824 the country’s capital was moved to San José. Costa Rica became independent in 1838.

The coffee plant was introduced in the early 1800s, and coffee and bananas eventually became the most important production and export goods. Since 1889, Costa Rica has mainly been democratically governed. Since the 19th century, the country has had two periods of political instability: 1917-1919 when Federico Tinoco Granados was dictator and in 1948 when it was a 44-day civil war following a contentious presidential election.

In 1949, the military system was dissolved, and the same year women were given the right to vote. President Oscar Arias Sánchez received the Nobel Peace Prize in 1987 for his Central American peace plan. In 2001, a wall was built along the border with Nicaragua, leading to a crisis between the two countries. In 2007, the country signed a free trade agreement with Central America, the United States and the Dominican Republic.

Since 2000, the differences between poor and rich have increased, and every fifth Costa Rican is today considered poor. In 2010, Laura Chinchilla Miranda was elected Costa Rica’s first female president. In 2014, the election of Luis Guillermo Sólis represented a step to the left.

Agriculture is significant with the cultivation of coffee, bananas, pineapple, sugar cane, cocoa, rice, corn, potatoes and beans. It is a significant cattle team. There are small amounts of gold and silver, manganese and mercury, and significant deposits of bauxite. Forestry is relatively insignificant.

Tourism, with the main emphasis on ecotourism in the rainforests, is the most important trade route.

The gross domestic product per capita is second highest, after Panama, to the countries of Central America.

The United States is the most important trading partner and investor.

In June 2013, a trade agreement was signed in Oslo between the EFTA countries, including Norway and Costa Rica.

There are six daily newspapers, about 50 radio stations and one state and 13 local television stations.