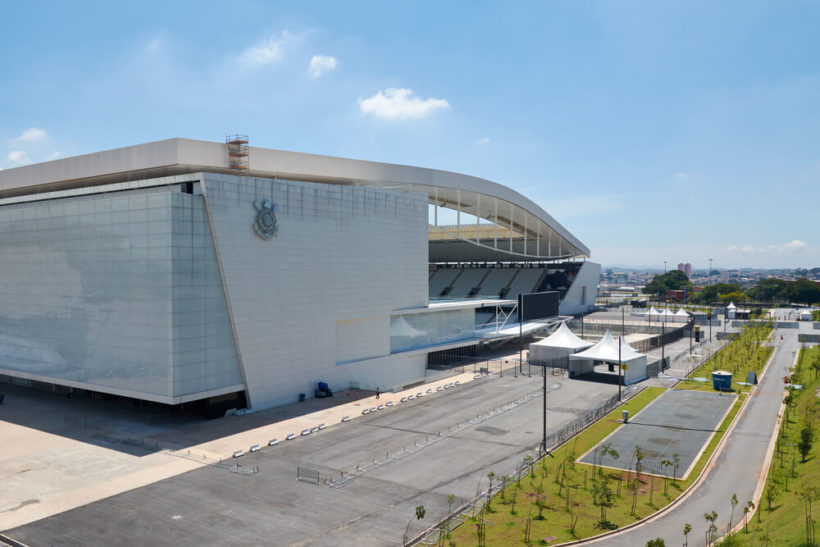 Does the heart beat hard for Timon? Regardless of your answer, we know one thing: if you are in Sao Paulo, visiting the Corinthians Arena is a great tour. See with us!

Ah, the emotions that only football provides. Visiting a stadium on the day of departure, or even for a tour, is always a satisfying experience, and it could not be otherwise with the Corinthians Arena. If your next travel destination is Sao Paulo, we already have a tour that needs to be part of your itinerary.

In this post, we’ll talk a little more about the stadium that makes the heart of the Alvinegro fan beats faster: the Corinthians Arena, gathering the main information you need to know about the place, as well as what to do in its surroundings and make the most of it. your  stay in Sao Paulo (SP). Let’s follow!

Where is the Corinthians Arena

In fact, those who cross its turnstiles almost confuse the arena with one of the SP malls: to reach the lobby there are black marble staircases, chrome railings and a climate-controlled environment. The stands are worthy of a movie armchair, with upholstered chairs and coasters.

Bathrooms are made up of white marble sinks, Japanese crockery and smart phone charging sockets. The security guards ride on segways (motor scooters), finally, you can understand that  the stadium gives a real show in modernity and infrastructure, right? Checking this closely is certainly an experience that will yield beautiful photos and memories.

The history of the stadium

#Homemade: this is how the Corinthians Arena is defined on its own website. The history of Itaquerão – as it is also called – began in September 2010, with the confirmation of the construction of a larger stadium than the former Corinthian house, Alfredo Schürig (better known as Parque São Jorge e Fazendinha).

This is because Alfredo Schürig stadium has a capacity of 10,000, a small number when considering the number of people who would like to see Timon on the field. It is currently used only for training, as well as women’s, grassroots and football games.

Construction of the long-awaited new Alvinegro stadium began in May 2011, when the first machines were started. The goal was to get the Corinthians Arena ready for the  opening venue of the 2014 FIFA World Cup Brazil. During this period, several test events were held to ensure that Timão’s house would be prepared to serve its fans, in addition to the audience of the world’s largest football competition.

The arena was officially inaugurated on May 18, 2014, in a match between Corinthians and Figueirense, for the Brazilian Serie A Championship. To the sadness of Alvinegro fans, Timão lost 1-0 at the time.

However, this was not a problem, as on June 12 the venue became the venue for the opening ceremony of the FIFA World Cup and was later used for 6 more matches of the competition.

Curiosities about the Corinthians Arena

The Corinthians Arena began to be built without an official name, which was initially just a provisional name. With this, many media began to refer to the stadium by nicknames like “Fielzão” and “Itaquerão“, used until today, following the Brazilian tradition of calling the stadiums by the name of the neighborhood (Morumbi, Maracanã etc.) or by the augmentative (Castelão, Mangueirão, Mineirão etc).

The Corinthians Arena lawn is considered  one of the best in the world. The field is made of ryegrass, not bermuda grass, as in most other stadiums. The seeds are international, brought directly from Oregon (USA). Underneath it, about 22 km of cold water piping pass so that the grass can survive in Brazil.

The Corinthians Arena, for presenting items that meet economic, social and environmental benefits, holds the most widely used international sustainability certificate in the world, the  Leadership in Energy and Environmental Design (LEED).

It guarantees several benefits to the planet and to the enterprise itself, such as reducing operating costs, modernizing the building, improving the safety of workers and the public, etc.

How to get there

The  Corinthians Arena website itself  has an  explanatory guide  for those who want to get there by different types of transport, such as car, bus, subway or train (CPTM). For those in the city center, the best option is to go by subway.

For those who will attend a match and have bought tickets to the west and north section of the Arena, it is indicated from Artur Alvim station. For those who will follow the game in the east and south sectors, it is easier to depart from Corinthians-Itaquera station. If you choose to go by CPTM, the nearest station is Line 11 (Coral).

Who goes by car, the best access to the stadium is through Avenida Radial Leste. There are also the following public places:

For those who go by bus, there are several lines that serve and allow a journey to the station. Our tip is that you check the Arena Corinthians website and, from its location, draw a more optimized route through Google (how to get), Moovit, among other tools.

Things to do around Corinthians Arena

If you are going to  Sao Paulo  to see the Corinthians Arena, you probably also want to  make the most of your stay  and get to know some surrounding areas, right? Fortunately, being located in a strategic position, the stadium is surrounded by diverse options.

To spend time, have fun, shop and eat, you can hop on  Shopping Itaquera, with its cinema, indoor amusement park (great for those  traveling with children), and shops of all kinds.

Now, if you want to take a walk in the open air, it is worth taking a walk in  Parque do Carmo, a little farther, but with Environmental Museum, lakes, barbecue grills, soccer fields, in short, great place to spend the day with family, relax and have fun.

Beat the hunger? Don’t worry: Corinthians Arena has a full food court. However, if you want to enjoy eating out, there are hundreds of  bars and restaurants in SP  to suit every taste and budget.

Where to stay in Sao Paulo to visit the stadium

There are accommodation options for every budget, taste and purpose near the Corinthians Arena. According to  Booking, some of the hotels to stay around the stadium include:

With the tips of the post, you are ready to visit the  Corinthians Arena  and make the most of this experience. Regardless of whether or not Timon is your heart team, know that the stadium is open to all football enthusiasts, even offering guided tour options. 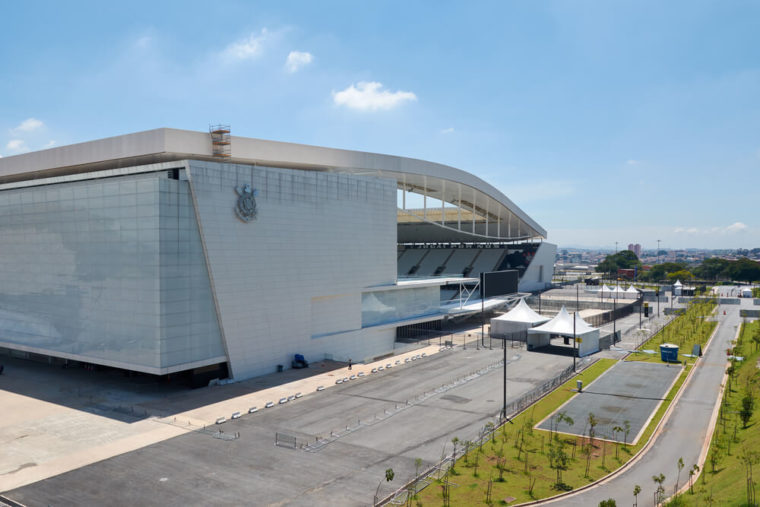