Early colonial art in Panama is associated with the decoration of churches and monasteries. 17th-century sculptures show the influence of the Seville School and Juan Martínez Montañés. Colonial art in Panama is mostly fairly ordinary, and the works are usually anonymous. From the 18th century, religious representations, paintings and a number of altarpieces in Spanish colonial, Baroque and Rococo style are known.

After independence from Spain in 1821, a number of foreign artists came to Panama to draw and paint landscapes and portraits. The drawings were often reproduced in lithographs and woodcuts, but first and foremost have cultural-historical value. After independence from Colombia in 1903, artists such as Manuel E. Amador, Roberto Lewis and his student Humberto Ivaldi created portraits, still life and local landscapes, influenced by European art. In the 1940s, artists such as Juan Manuel Cedeño, Alfredo Sinclair, Eudoro Silvera, Isaac Leonardo Benítez worked with others in various forms of expression; from realism to expressionism and abstraction, often with national themes. 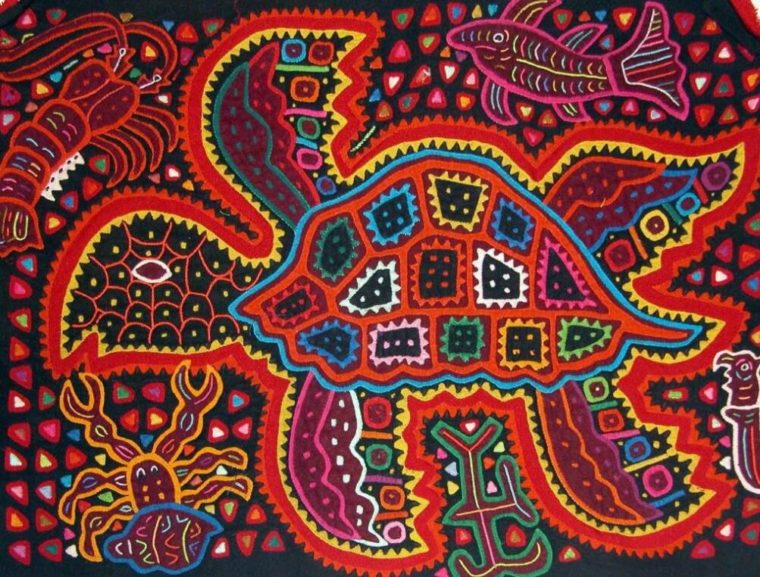 From the 1950s is felt the influence of international modernism ; and artists such as Trixie Briceño, Manuel Chong Neto, Adriano Herrerabarría, Guillermo Trujillo and Alberto Dutary participated in international exhibitions. After 1960, the creation of the Instituto Panameño de Arte helped to flourish in the arts. Worth mentioning are the pop artist Coqui Calderón and the abstract artists Antonio Alvarado and Teresa Icaza. From the 1970s are marked Aguilar Ponce, Tabo Toral and Antonio Madrid as well as the concept artist Emilio Torres. There was also a growing activity in graphic arts ; Own workshops were created, but Panama’s most renowned graphic designer, Julio Zachrisson, settled in Spain.

From the 1980s, interest in figurative forms of expression is felt; from magical realism to neo-expressionism by artists such as Amalia Tapia, Brooke Alfaro, Isabel de Obaldía and Raúl Vásquez. In the 1990s, art in Panama was relatively distant from the international avant-garde. Artists have often used traditional media in their depictions of landscapes and motifs from pre-Columbian mythology.