The art of French Canada in the 17th and 18th centuries was associated with the Catholic Church. Particularly typical were church decorations and religious wood sculptures.

The Canadian Group of Painters, which had much in common with the Group of Seven, had strong expressionist traits. Emily Carr from British Columbia created images with motifs from Native American culture on the West Coast islands.

Modernism has long had trouble finding a foothold in Canada. The breakthrough first came in 1948 in Quebec. At the head of an avant-garde movement, the so-called automatism, stood Paul-Émile Borduas. This meant a definitive breakthrough for French-influenced surrealism and abstract art in Canada.

From the 1950s Toronto appeared as the metropolis, also artistically. Foremost was the Painters Eleven group with key figures such as JWG MacDonald, Jack Bush, Harold Town and William Ronald. Among the more internationally-oriented group around the Isaac Gallery are central names such as Michael Snow, Graham Coughtry, Joyce Wieland, Gordon Rayner, Dennis Burton, Robert Hedrick and John Meredith.

In the 1960s and 1970s, Canada experienced a new nationalism stemming from the desire to emancipate from the United States. The nationalist artist group around Jack Chambers and Greg Curnoe became dominant. Modern Canadian art has nevertheless been strongly influenced by American art, especially by Jackson Pollock. A prominent internationally oriented and well-known artist was Jean Riopelle (1923-2002). 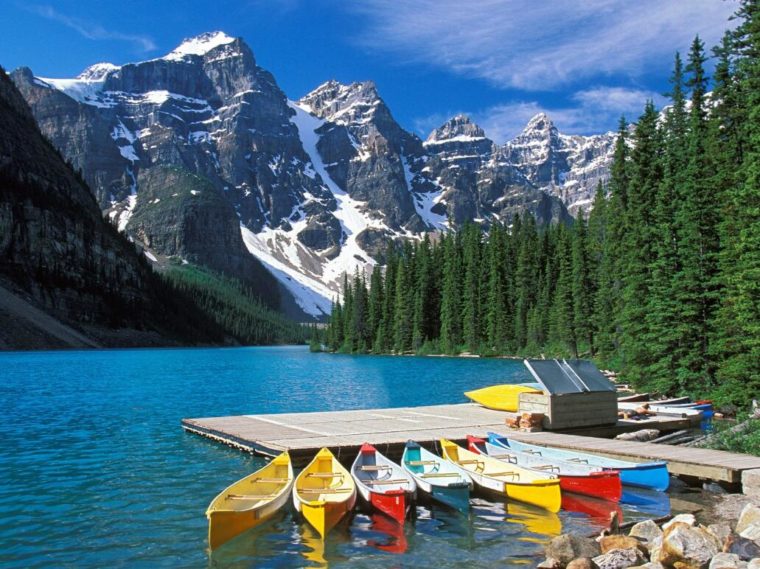 It consisted mostly of sculpture in stone, bones, etc., and later graphics. The largest collection of Canadian-Native American art can be found today in the National Museum of Man in Ottawa. Particularly well known are their carved totem poles, of which only a few are preserved.

Native American, Inuit and Asian art have also been an important source of inspiration in modern Canadian art. In the 1960s, Canadians started the KSAN project, which was about revitalizing Native American art, including literature and music. Old traditions, legends and myths were revived and searched for the oldest known patterns and styles of wood carving and other visual arts.